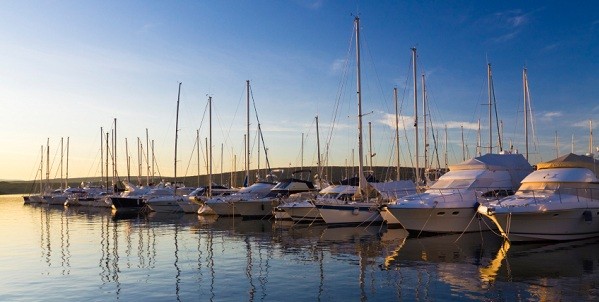 After many years of consulting with business owners, it’s clear that certain factors determine growth and success above all others.

Back in 1996, I had the pleasure of working with a true gentleman by the name of Alan Stonehouse. I had just joined Results Accountants’ Systems in London, and Alan was our financial controller. Alan’s passion was boats, and he would often shoot off to Kent for the weekend to be on the river. Alan was an unusual financial controller in that he took an extraordinary interest in what the business did and how it helped its clients (rather than burying his nose in spreadsheets all day!). We had many discussions about the techniques we were employing to teach accountants how to help their clients run better businesses. Alan met many of the accountants we worked with and listened with great interest to the stories they told of their clients’ success.

One day, he decided to follow his dream and start his own business so he bought a marina on the River Medway. After I moved to Australia I lost contact with Alan for a while, but last year we reconnected via Facebook. I was delighted to learn that his business is going strong some 14 years later.

He told me that he had grown his business by focusing on three key drivers of revenue — number of customers, average transaction value and frequency of transaction. He had picked this up from the seminars we ran with accountants back in 1996.

Most business owners significantly underestimate what is possible in their businesses. Their growth plans are incremental because they have not been enlightened as to the true potential.

The first thing I want to know when looking at the potential to improve a business is what are the components of the business’s revenue. For example, I have met very few business owners who could tell you precisely how many customers they have.

In a generic business (one with regular customers who transact several times a year) the revenue components are as follows:

To understand the growth potential, the key is to break down the revenue into these various components so that you can determine where most leverage resides to grow the top line. Here is an example — substitute your own business’s numbers to get a handle on your potential: 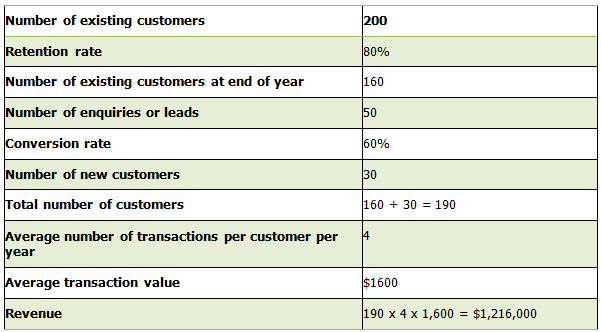 If you were able to improve the number of customers, average number of transactions and average transaction value by just 10% each, revenue would increase to in excess of $1.6 million — an increase of over 33 percent. What is the result for your business?

Not all businesses fit this generic model. For example, I have worked with a light engineering business where the revenue components were jobs quoted, percentage won and average job value. I also worked with a firm of lawyers where it was all about client retention, lead generation and conversion, number of projects per client and average project value.

This sort of analysis can work in several ways. For example, I know of a beauty salon whose reputation had flourished to the point where they were overwhelmed with work. The business owner, although now making good money, was working stupid hours and had decided to close the business as a knee-jerk way out, knowing she could get a no-stress job doing her thing for someone else.

Her accountant got her focussed on the numbers and demonstrated that if she increased her prices by 30% she could afford to lose half of her customers and still make the same amount of money. This was a complete eye-opener. Her biggest frustration was having too many customers, but it had never occurred to her that she could lose some of them and be better off. And if none of them left after the price increase, she could easily afford to hire an assistant to take some pressure off her.

My friend Alan was fortunate. He learned critically important skills for growing a business by osmosis. Most business owners are not so fortunate because their most trusted advisor (the accountant) is reactive to their needs. Proactive accountants have the skills to guide you through this planning process and help you measure and monitor the results. If your accountant is not having this sort of discussion, perhaps it is time to give them a call and suggest that they do.

How to start an online store in 8 steps