How iFLY Downunder streamlined its business to rise higher 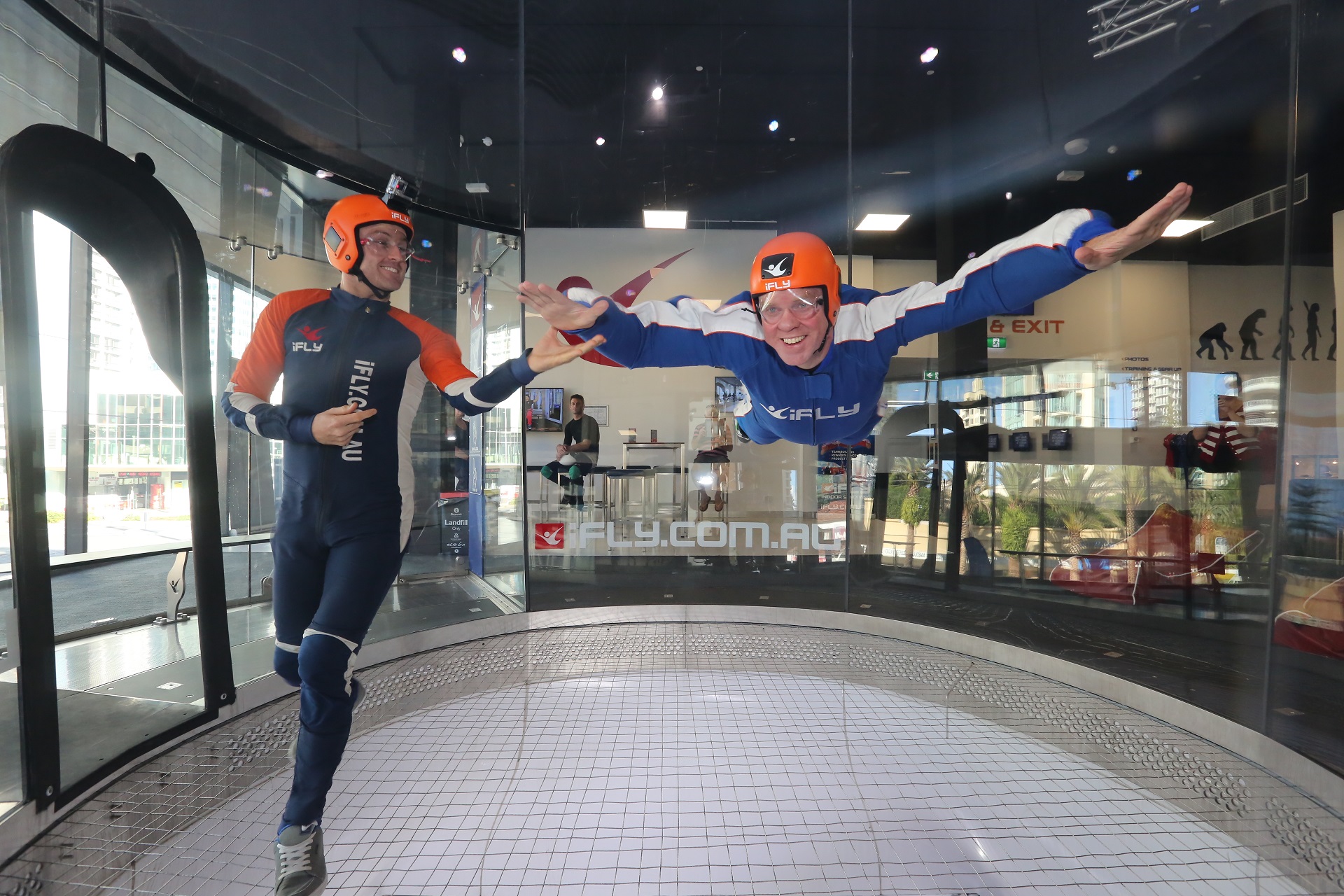 As a business expands, so does the complexity of running the operation. The use of smart cloud tools doesn’t just make life easier, but helps unleash a new wave of strategic thinking.

iFLY Downunder is a leisure based company, providing the opportunity for people to experience the thrill and freedom of human flight in an indoor environment.

It introduced the first vertical wind tunnel to Australia, and has since expanded from its Penrith home to the Gold Coast, with construction of new tunnels underway in multiple locations around Australia.

The iFly team found as they expanded, inefficiencies that were frustrating when  they had one outlet became painful time sinks as they scaled up.

Tedious manual processes such as keying data into spreadsheets took up too much time as more and more data flowed into the business.

If all your time is spent just putting in the numbers, there’s very little time for analysing just what those numbers are telling you about your business.

iFly CFO Stephen Burns introduced iFly to Calxa, a MYOB add-on, to simplify the complexity around reporting by removing multiple manual reporting processes he was performing at the time.

“The inefficiencies [pre-Calxa] really started to hurt, and we saw pain points occurring all the time.  So that was a big focus for us to try and change,” said Burns.

“We needed to take advantage of technology to free up my time to be able to get the advantage of not [just] crunching numbers, but getting information out of it to make informed decisions.”

Calxa’s introduction meant there was less plugging data into spreadsheets and less opportunity for human error – but the biggest dividend was time.

Stephen and his team were  able to do things such as harness the power of their business data, opening up strategic business growth opportunities.

This involved running a series of ‘what if’ scenarios, including the best way to go about expansion – something iFly was able to do without messing with the numbers inside the real set of accounts.

The scaling up of the business also meant it needed to take on more employees, which again increased the degree of difficulty around rostering and payroll.

While manual rostering and payroll may be okay for a small outfit, as soon as iFly expanded, the time they took to do payroll ballooned out to the almost three days, for multiple staff members.

“With varying complexes around rostering and hours, and time and attendance, we needed something that managed that, as well as fed into our payroll system rather than doing manual timesheets,” iFly’s group technology manager, Adrian Karzon, said.

IFly turned to Tanda, another MYOB add-on, to help streamline this payroll process.

“With Tanda running rosters and feeding into MYOB for payroll, what had taken nearly three days was brought down to a few hours, and that’s really freed time up to really focus on future investment models,” said Karzon.

For Burns, the investment in time-saving tools was worth every penny.

“The cost efficiency, in a resource sense, it pays for itself every month – there’s absolutely no doubt,” he said.

Any business, big or small can benefit from streamlining process and freeing up precious time.

In the case of the team behind iFly, they were able to take time to plot their next move instead of spending hours with a spreadsheets and manual processes.

iFly found that by bringing on key add-ons programs, it unlocked time and resources.

You too could unlock time in your business, how you use that time is entirely up to you.

You can find out more about add ons here or contact an MYOB Partner manager in your area.

What employers should know about the minimum wage hike

Introducing Blake’s Brief: Get ahead of new product enhancements