Why to steer clear from lowest-cost procurement

Contracting is hard enough without working in a system where lowest-cost tendering rules the roost. But this is what Australian tradies face each day.

Back in 2009, Associate Professor Mary Hardie from the Western Sydney University (together with Swapan Saha) put the feelers out to see how Sydney construction-site jobs were won.

They found that, despite a glaring weakness in doling out contracts to those who quoted the lowest price, it was mostly done this way because it was just “the way it had always been done”.

“It’s largely still price led,” Hardie told The Pulse. “There are some alternate models emerging, but by and large price is the decision point and that’s one of the problems with the industry.”

The problem at only looking at bid price is that it’s (at most) a third of what drives value for a project. 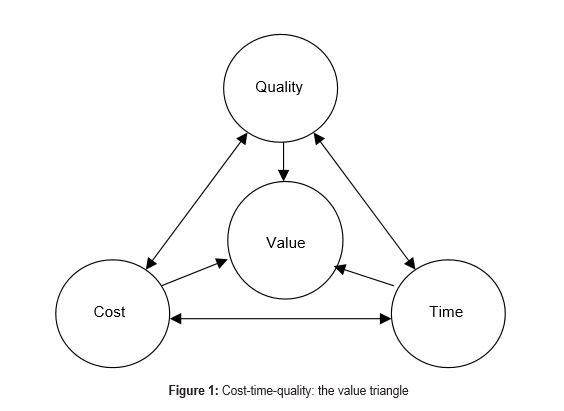 From: Builders’ Perceptions of Lowest Cost Procurement and Its Impact on Quality

Hardie said a lack of information on a contractor’s ability to deliver time savings or quality to a project meant builders looked at the most visible aspect – cost.

She said builders would often draw up a shortlist for work based on who they’ve worked with before to hedge against uncertainty – there lies the problem.

“For the SME to break into that system’s quite hard,” said Hardie. “That way of doing things gives the procurer a bit of certainty that someone has worked in the past, but it can become a closed shop that’s hard to break into.”

SME contractors already have to supply their own tools and materials upfront, not to mention having to wait up to 90 days to be paid.

READ: 5 ways for tradies to be paid faster

It sucks that an entire system is geared towards not allowing new entrants into the game.

While larger builders have a database on various contractors that captures information about building quality, effectiveness and lost time onsite – smaller builders don’t have that same information.

“That data may be available to constructors in the case of large clients. Sometimes they have a database, but usually for most businesses looking to employ a construction contractor, all they can do is ask for a reference essentially,” said Hardie.

One-off or inexperienced builders (which make up most builders) build stuff like shops or apartment blocks and are more likely to look at price point – because all the other information on a contractor isn’t available.

Not only does that lead to poor outcomes for SME contractors, it’s also an overwhelmingly dumb way to make decisions for the builder.

Why lowest-cost procurement’s a dumb idea

As with anything, the person who bids the lowest price has a reason for doing so.

“The bid price at the start of the project doesn’t tell you how well they’ve performed in the past,” said Hardie. “It tells you how desperate they are.”

The contractors or subcontractors who bid the lowest often make up margins from somewhere else. Although Hardie’s study found that this situation is acknowledged, lowest-cost procurement persists.

“Most people in the industry know pricing is flexible,” said Hardie. “So if the bidder really needs the job they’ll go really low. Then they’ll try to get that back with variations within the project.”

“They find something that was wrong in the documentation and then they have to be paid to do that or they persuade the client that it ‘would be better if we did it this way’ and change means a re-price.”

Where there’s a low margin, there’s an attempt to claw back some of that margin from the builder.

That may be in project variations, cutting corners to save a few bucks or hiring inexperienced subbies keen to secure work.

Hardie is working on an index with Western Sydney University to get more qualitative data for builders so the data can help with project decision making. For now, most builders are leading with price.

So, how does an SME get their foot in the door when the system is designed against them?

Hardie said while new models and ways of working were slowly emerging (such as offsite construction), she said the best way an SME contractor could flourish is to network.

She sees project work is gradually being divvied up between groups of companies instead of tenders going out for each different component of a contract.

“We’re starting to see, particularly on the big projects, that tenders are being awarded to groups of companies. Each bring different skills to the project.”

“I think we’ll start to see that on smaller projects as well.”