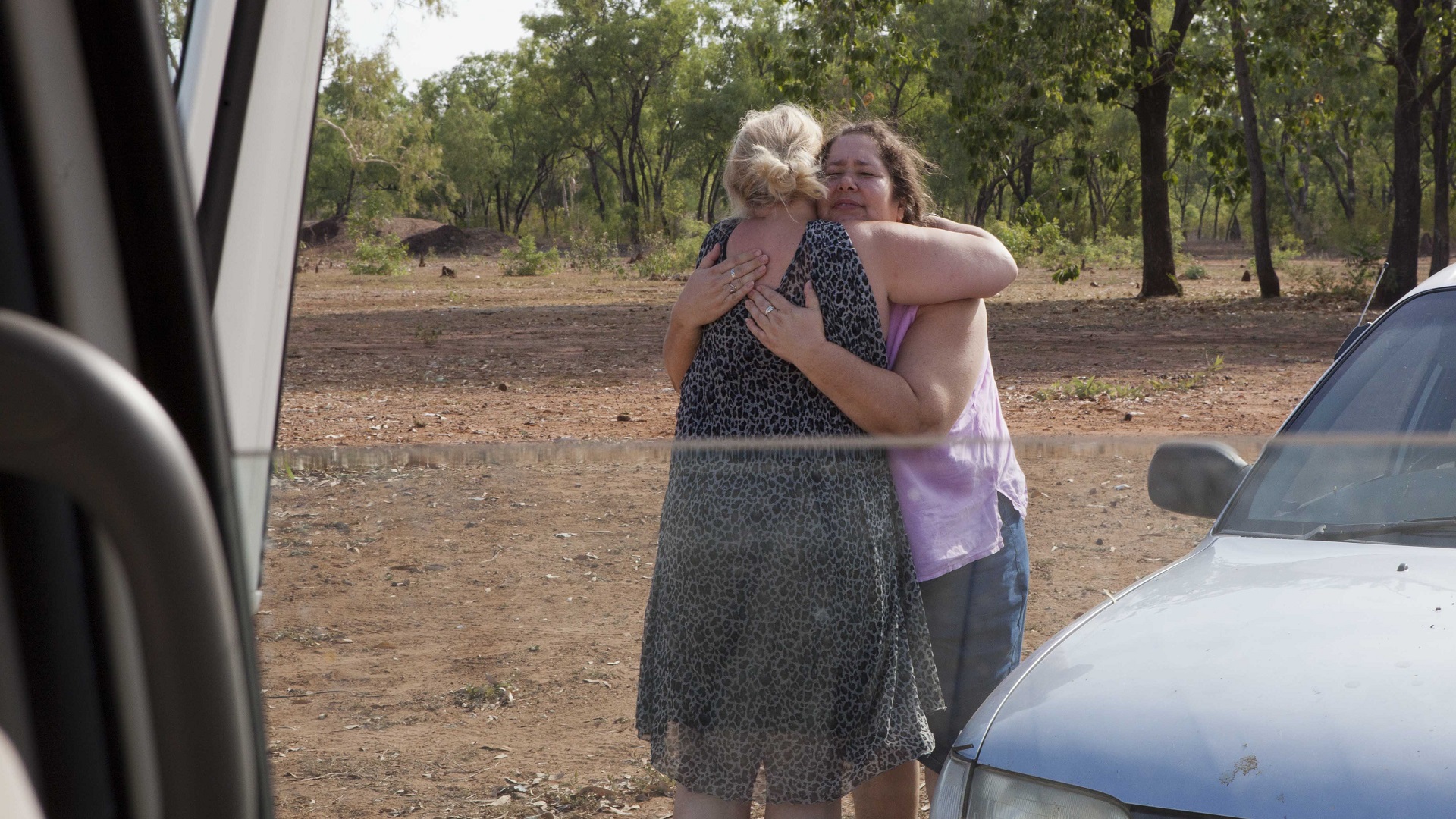 What would you do if you had five paid days off work and $5000 to do something that inspired you? Two MYOB team members are doing just that – and using their experience to inspire others.

The only caveats were that the thing they did needed to be inspired, authentic and put them in the know.

When Jo Carroll heard the proposition, she wracked her brain to find something to fit the criteria.

“I spent a good couple of weeks thinking about what I would do, and I asked plenty of people both internally and externally about what they would do,” she said.

“What would you do if you had a week off and this money? It was something I struggled with.”

Eventually she happened upon the awesome work being done by Kelly Wright, who is in the process of building sustainable housing for the Jilkminggan indigenous community in the Northern Territory.

A lack of housing and third world conditions continues to be an issue for many in indigenous communities, and Wright – along with Deciding to Make a Difference – are taking recyclable materials and using them to build housing for those in the community.

Community members would also be trained in the construction of the homes, giving them skills they can use to find work and empower the community.

When Carroll learned of the work Wright was doing, she knew she wanted to help – and she immediately knew how.

“The biggest opportunity we have is to be able to create a film and share it through our social media. We need to let everyone in our network know what this woman is doing,” said Carroll.

“We have 1.2 million businesses as part of our network – what if we said ‘we’re committed to this cause, who wants to join us?’”

“That sort of opportunity doesn’t come along too often”

“It was pretty damned easy to get me involved,” said Tascone.

“If money wasn’t an object, this type of filmmaking is something I’d do for a living. I’d help people tell their story and create awareness for good causes and people trying to make a difference.”

The only problem is that people working day to day to support their families and live life don’t normally get the opportunity to do so.

It’s not that they’re not passionate about wanting to make a difference, but life simply gets in the way.

“What stops a lot of people is not having the time or the money to be able to do something like this because we all get caught up in our lives, in paying the bills and raising our families,” Carroll said.

“The fact that MYOB has offered five days off and five grand…that sort of opportunity doesn’t come along too often.”

Neither Carroll or Tascone have experience in working with indigenous communities, something both said they were looking to take up as a learning experience.

“For me it was about learning about a culture which is often forgotten about in day to day in Australia,” Carroll said.

“This was a great opportunity to immerse myself into the culture of Australia, as well as a spiritual experience. I think it’s going to be quite an eye-opener for me.”

For Tascone, it’s an opportunity to develop as a filmmaker.

“I’ve personally been waiting for an opportunity like this to come along my whole life,” said Tascone.

“I’ve always believed in the power of filmmaking to communicate a story and help make a difference.

“We always think of commercial filmmaking in terms of selling products and things like that, but when you can take those skills and use them for something like creating awareness for a cause – it’s nice to know you can do that.”

Carroll said the idea of using MYOB as a vehicle for social change is something she’s been pondering for a while.

“I think MYOB as an organisation is perfectly placed to help promote awareness of social issues that can be solved when individuals and organisations come together and are passionate about something,” Carroll said.

As a business, MYOB houses an incredible amount of creative and problem-solving intellectual property – what if the sheer brain power used to help businesses succeed was extended to solving social issues?

“Imagine if we could have hack days where we could get together as an organisation and try to solve a social issue?” asked Carroll.

“If we can come up with a solution, we can look at what businesses or individuals we can engage to do that – we do that all the time, but for other problems.”

Carroll and Tascone’s film probably won’t solve the problem of third-world living conditions in indigenous communities – but it’s a welcome contribution to focus more attention on the issue.

“When see people in Australia living in conditions like that, it doesn’t seem real,” said Tascone.

“Why should my son or daughter have the world at their feet, but someone in the same country and the same age have to live in those kinds of conditions?”

The Into Tomorrow program gave MYOB employees the opportunity to do something inspiring and different – and hopefully Carroll and Tascone’s film inspires others, too.

Want to find out more? Click here to visit the Deciding to Make a Difference program.