Hyperloops are good, holograms are better 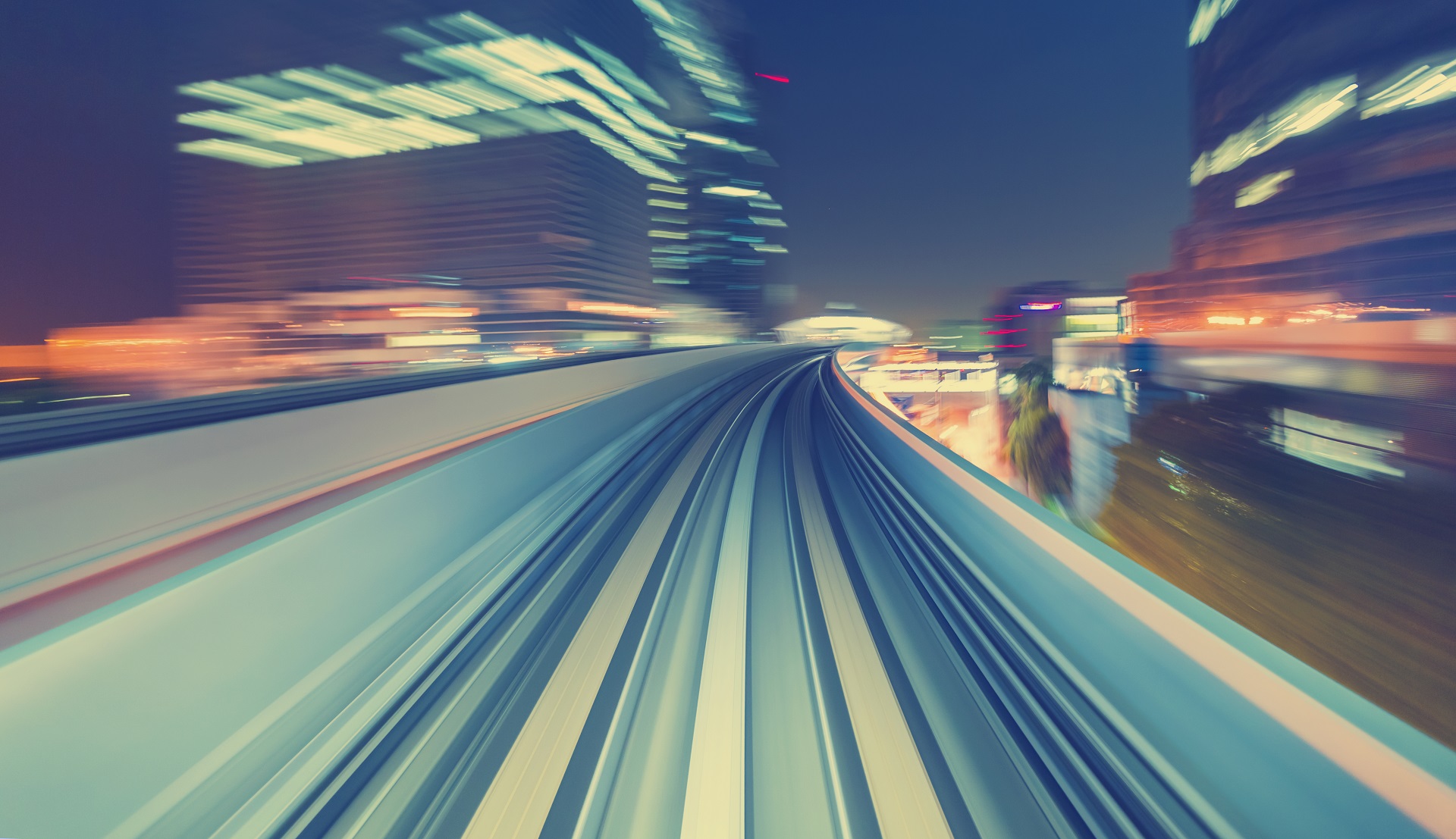 The future of business looks like 54 minutes and $17.4 billion.

Every single year Australians spend $17.4 billion on business travel and 54 minutes going to and from work.

Every time rumours of an Australian Hyperloop emerge or rumblings about a high-speed rail network between Sydney and Melbourne come up we all get really excited – particularly business travellers.

But what if the discussion was about avoiding the need to travel at all?

It was a point touched on by MYOB’s own Chief Technology Officer Simon Raik-Allen in our Future of Business report, published earlier this year.

“In 25 years’ time the holographic projection of people and things will be the biggest change to the workplace since email,” he wrote.

“Seminars, that became webinars in the ’90s, will now become holonars.

“You will sit in virtual auditoriums, next to three-dimensional light-based images of your colleagues from around the globe watching a hologram on the stage of someone giving a talk –  and you will do this just as easily as you gather in the office today.”

Despite information technology getting more and more sophisticated, we are travelling for business more and more.

Australians travel a lot by plane – it’s one of the functions of having a large continent, and we also spend a heck of a lot of money on business travel.

Whichever way you look at it, a lot of flying and a lot of money is being spent on travelling between cities for business. 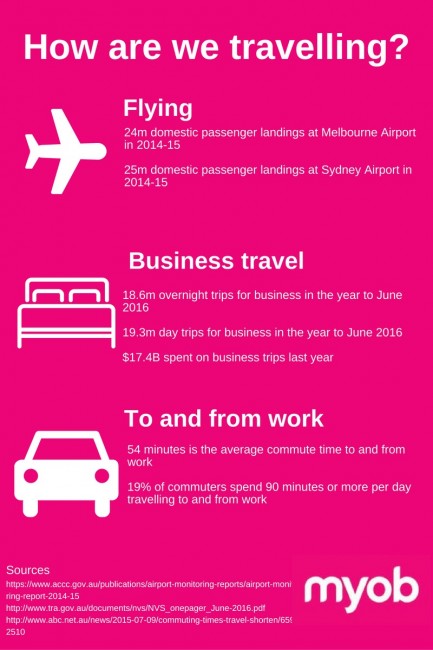 When you go through the numbers above, you can start to see the potential for saving time and money presented by alternatives to air travel and overnight business trips.

If we are able to bring hologram technology to a point where we could all sit in the same room regardless of location, could we reduce the need for in-person meetings?

On the road again

The ability to connect workplaces and workspaces has the ability to dramatically reduce the need to travel for work in the first place.

Undoubtedly, the situation is getting worse and governments are spending billions of dollars on new infrastructure to cope with the demand.

For example, the Victorian government is reportedly weighing up spending $300 million on Southern Cross Station in Melbourne to help cope with swelling passenger numbers.

This is less than 10 years after it was last overhauled.

Instead, the future of work presents a new vision. One where people will get back to their communities.

Raik-Allen presents a vision where the vision isn’t about the commute, but about eliminating the need for the commute altogether.

“The focus of 2040 will be the ‘suburban village’. You will live, work, eat and learn primarily within walking distance of your house,” he wrote.

While there is a growing trend within business towards giving an employee one day per week they can work from home, as technology evolves this will become even more common.

Teleconferencing will become holo-conferencing, and the role of the actual office in a company’s fortunes will be diminished.

“Rather than the office, or even the remote workspace, localised centres will emerge as the home of business – giant warehouses, which are used by employees from many different companies, spread around the globe,” he wrote.

“These will be based around suburbs or communities in response to the growing expense of constructing traditional inner-city office buildings.

“Within each will be rooms filled with giant wall-sized screens allowing us to work in a fully virtual, telepresence model.”

It’s a fairly mind-boggling shift given we’ve been going to a central place for work for more than a century.

In this model, it’s entirely possible that the commute will be a thing we just tell our kids and grandkids about.

Sounds a bit ludicrous, doesn’t it?

At the moment, the conversation is about lessening a problem – shortening the time we spend commuting to and from work.

Isn’t it time that we talked about eliminating the problem altogether?

‘1 in 5’ left behind: MYOB highlights digital divide ahead of Budget

The future of accounting: Do the numbers add up?