Federal Budget 2017: is this a circuit-breaker on housing?

The government is trying to make housing more affordable with a raft of measures.

But, as the Treasurer admitted on the night, “there are no silver bullets to make housing more affordable”.

Instead, the government is bringing in a patchwork of different measures it hopes will alleviate the housing-affordability crisis in Australia.

The National Affordability Housing Agreement is being replaced with a new set of agreements with state governments to help “reform their planning systems” – but the funding is exactly the same.

In addition, there’s another $1 billion going into a ‘micro city’ fund, based on a similar UK model, which will reduce approvals red tape for micro city developments.

It’s also seeking to make more surplus Defence land available for new homes – pointing to 6000 new homes which could be constructed at Maribyrnong in Melbourne.

Whether this will have a big impact on the small-business sector largely depends on how much new construction activity these measures support.

In any case, it’s a good time to be in construction.

READ: Federal Budget 2017: How the budget affects your business

Why is the government doing this?

All over the country a perfect storm of factors has come together to all but lock an entire generation out of the property game. 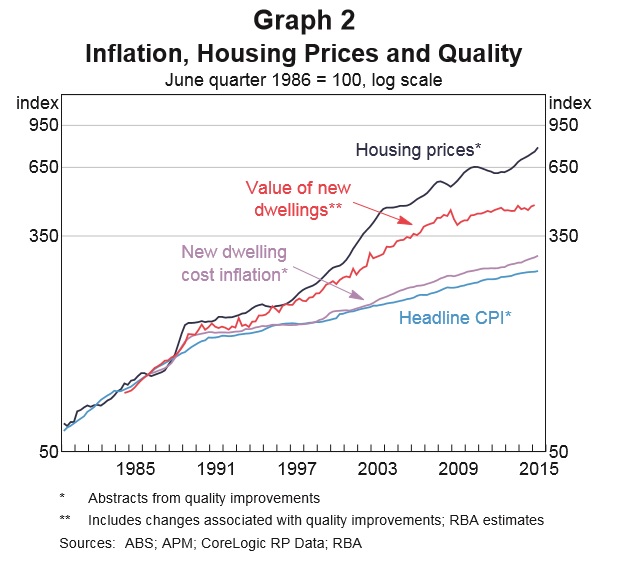 This chart from the RBA [PDF] shows that the price of housing across Australia is growing at a faster rate than inflation, the value of dwellings, and the rise in construction costs.

Since about 2000, things like an increasing population and a rise of affluence caused by the mining boom means that there have been a lot more buyers of houses than sellers.

The cost of housing has been a white-hot issue for the government, and one it wants to nip in the bud.