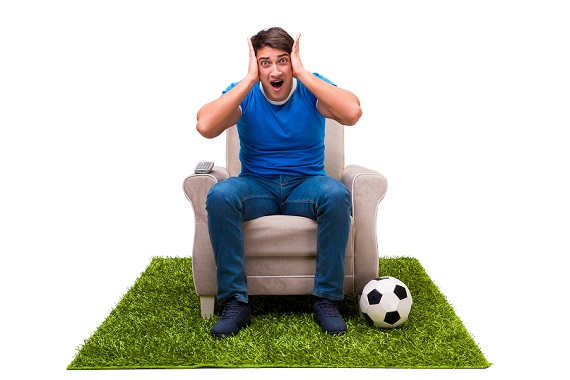 If you have anybody in your life of Italian extraction, you’ve probably heard their devastating news: four-time World Champion Italy isn’t going to the World Cup.

That’s shocking in itself, but Italy’s not the only titan that hasn’t qualified for the big dance.

Traditional footballing powerhouse the Netherlands didn’t make it either.

Mighty Argentina struggled to qualify and Australia is currently in a sudden-death playoff with Honduras.

Meanwhile, nations such as Iceland and Panama have been given a ticket to Russia.

The trend here is clear: established powers are losing out to minnows.

Sound familiar? It would seem that world football is going through its own Silicon Valley story.

Once upon a time, all the football nous and coaching would have been locked up in traditional power centres Europe and South America.

Access to that coaching, that specialised knowledge, was kept largely a secret from the minnows who had to do their best with limited resources.

Thanks to a plethora of analytics tools and coaching resources being made available online, the minnows have access to some of the same information and insights the traditional countries may have considered their domain.

Access to performance data has been democratised through online platforms and new tech solutions, meaning savvy countries can get the absolute best out of their players.

Thanks to cross-border education sharing and programs, detailed analysis has been made available over the last 20 years on what makes the big countries so good.

In short, the minnows are acting as disrupters.

They’re using new techniques and tools to gain insights that the big countries have long held through more ‘traditional’ knowledge.

READ MORE: What is business intelligence and how is it changing things?

The likes of Iceland and Panama qualifying for the World Cup is a victory for the power of globalisation.

With big money moving into the game in the last 20 or so years, big European-based clubs have looked to all four corners of the world for the best talent – and then brought them in.

Other smaller clubs have also followed suit by forming talent pathway partnerships with places that were once considered footballing outposts.

So all of a sudden, there’s movement of players from far-flung places to some of the biggest clubs in the world – and movement of coaches the other way.

Coaches have taken the opportunity to seek employment in other parts of the world, taking their knowledge to new places.

So players from ‘minnow countries’ have benefitted from the coaching associated with (primarily) European clubs as well as knowledge from established football coaches.

In much the same way, tech companies take advantage of a cross-proliferation of talent across borders to make them the strongest they can be.

In today’s border-fluid online age, the barriers of people moving across the world to seek opportunity and share knowledge have been lowered – and that’s been a great thing.

It’s led to situation where startups from Australia and NZ can embrace a Silicon Valley mindset and access a global marketplace, and it’s brought up the standard of football in places like Panama and Iceland.

Don’t fall asleep at the wheel

While some big countries like Germany have famously invested in their football talent production line and reaped the rewards of that investment – others have seemingly stagnated.

Have the likes of Italy, Chile, and the Netherlands fallen asleep at the wheel by not re-investing?

Or, have they been caught by canny challengers?

READ MORE: How disruptive technology can make or break your business

Whatever the case, a combination of new technology allowing smaller nations to ‘catch up’ and the response (or lack of response) from more traditional powers have led to a situation where the gap between the best nations and the rest is now as narrow as it’s ever been.

Football has always been a game where a team could hold a bigger team at bay and steal a goal on the counter-attack – but now the advantage of being a ‘big’ football country is being steadily eroded.

In football, as in business, the lesson in this horror story is clear: don’t take your eye off the ball.