Surprisingly, late payment times in Australia are actually increasing despite record low interest rates over the past two years.

According to Dun & Bradstreet, Australian businesses are now being paid an average of 15.3 days late – and the trend isn’t positive. 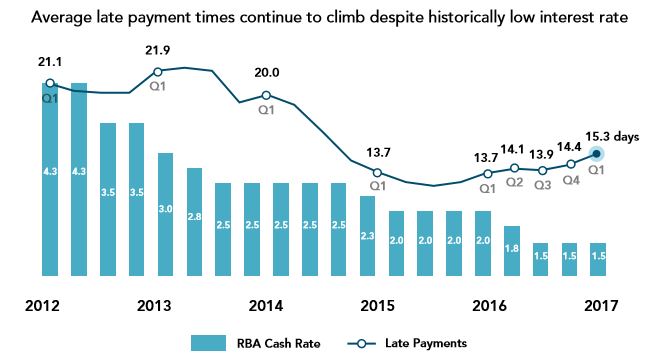 In short, late payment has a disproportionate effect on smaller business.

READ: MYOB puts its money where its mouth is

There’s a direct correlation between the number of failed companies, their age, and the average late payment times to those companies. 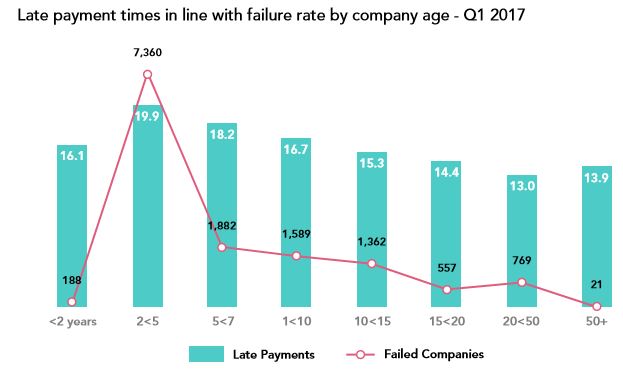 These are scary statistics – and they’re sending small businesses to the wall.

Small businesses are finding themselves leveraged to the hilt, often waiting on payments from a customer so they themselves can pay a supplier – so delays have a multiplier effect.

While it’s up to businesses to pay their suppliers on time, there are things small businesses can do to help the situation along.

The days of printing out and sending an invoice to a client are all but over. Heck, even sending a PDF to a client via email is increasingly old-school.

More and more small businesses are turning to solutions such as PayDirect Online to make sure they get paid sooner.

PayDirect Online allows recipients to pay the invoice immediately by using a VISA or MasterCard. On average, invoices issued through PayDirect Online take just 11 days to be paid*.

Any number of things can happen between a client receiving an invoice and actually paying the invoice – lowering the threshold is a good thing.

Keeping track of who owes you what can become a challenge.

Not knowing what money is coming in and what money is due to go out is one of the first steps to a cash-flow crisis – so it’s best to keep on top of things.

If you’re using PayDirect Online, you can flip a switch in your MYOB software to make invoices show up there as well.

It means you can have a running total of what you’re owed and when you can expect to get it – which helps with cash flow forecasting.

READ: How to succeed with cash flow forecasting

Sometimes getting paid comes down to gently reminding customers that you’re waiting on an invoice to be paid.

This is partially to give them a nice hurry-along, but also to remind them that they need to pay an invoice – because if they pay a lot of invoices, yours can genuinely slip through the cracks.

Behavioural economist Professor Lionel Page told The Pulse that using a social influence tool known as ‘social norming’ in a letter can actually prompt a customer to pay faster.

READ: How to handle clients not paying invoices

“That’s using social influence by placing the behaviour of people who are different from the norm in relation to other people who are not,” he explained.

Invoice payments just got easier with MYOB and Apple Pay

Overhaul of payment systems legislation on the cards