17 signs that business advice is coming from a dodgy source

In news that has those of us who are furiously anti-He Who Shall Not Be Named frothing at the mouth with jealousy, South Korea’s president has been impeached.

It’s all over for Park Geun-hye amid allegations that she was taking advice from a woman named Choi Soon-sil, a mystic who in turn created a secret group known as the Eight Fairies.

Let’s face it: as a group, the Eight Fairies sounds like the love child of Enid Blyton’s Famous Five and The Magic Faraway Tree. And really, eight fairies? Two or three weren’t enough? Is eight the fairy bakers’ equivalent of a dozen?

Mystical, fairy-gathering Choi is alleged to have exerted undue influence over former President Park and frankly, there’s a lesson there for all of us in a leadership role: be wary of any kind of other-wordly guidance. No, really.

So to that end, here are 17 ways you can tell if your business associates are taking any kind of supernatural advice.

1. Instead of “Kind regards” they sign off their emails with “Blessings.”

2. Their desk is covered in toadstools.

3. They start complaining that the office lighting is too bright for their third eye.

6. Their favourite word is “innovation” but they can only spell it using a Ouija board.

7. They say the only way they’ll work overtime is by the power of true love’s kiss.

9. They start spending their lunch hour inside a wardrobe and emerge covered in snow.

10. The family photo on their desk looks like this: 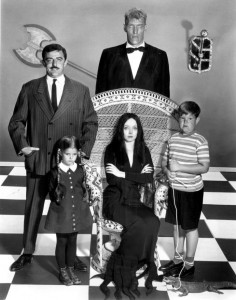 11. At lunch time they leave the microwave reeking of eye of newt.

12. Instead of a business plan they refer to a book of spells.

13. During Friday’s knock-off drinks they pull out an ancient chalice and fill it with mead.

14. They call in sick with a bad case of Hogwarts.

15. Whenever you ask them for a hand with anything, you get this:

16. Your accountant’s car has a bumper sticker that says “Magic happens!”

17. Your business coach arrives at a meeting in one of these: 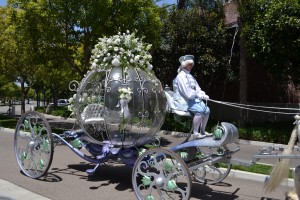 What to consider when buying a business beyond your experience

20 ways to make your business more environmentally friendly in 2020